On the 11th of June, Olivier Driessens, Assistant Professor at the Department of Communication, University of Copenhagen, visited DISTRACT and have a talk entitled "The in/visibility – in/attention complex: from collapse to intersection." 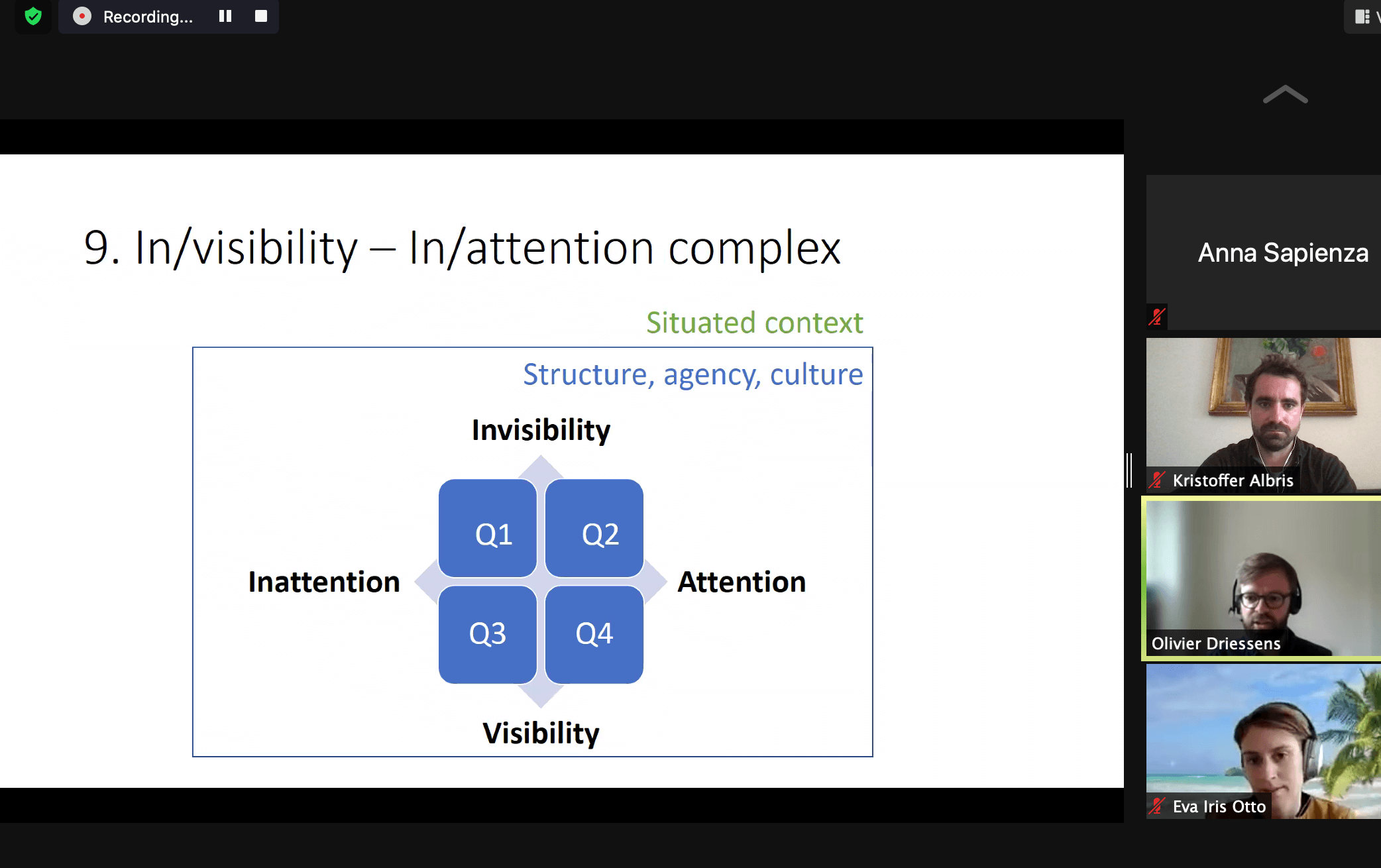